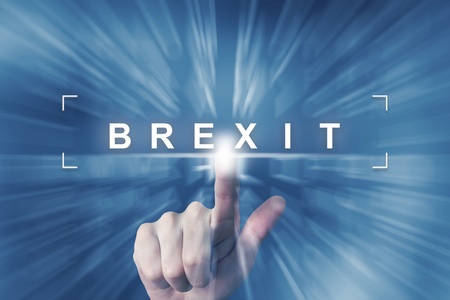 How Will Brexit Affect Your Talent Pool?

The impact of Brexit on candidate availability was raised again this week in a new survey from REC which found that the number of temporary and permanent job seekers are falling. Numerous warnings about skills shortages have been issued across a variety of sectors.

Last month the Institute for Public Policy Research suggested that industries which rely on low skilled staff will be the hardest hit by a reduced post Brexit labour pool, including healthcare, hospitality, agriculture, construction and food manufacturing.


Indeed names the following sectors as most reliant on EU workers:-

Figures suggest that between 8.2% and 14.2% of employees in these sectors are EU nationals.

Notably, healthcare doesn’t feature in the top five sectors listed by Indeed. Here, we look at three of the most prominent in recent recruitment headlines:-

Hospitality : The British Hospitality Association (BHA) predicts a shortfall of around 60,000 workers each year if access to EU workers is significantly restricted. A report prepared by KPMG on behalf of the BHA estimates it will take up to 10 years to reduce the requirement for EU workers in the hospitality sector. Training of staff, developing older workers and appealing to younger people are all proposed strategies to fill the gap. Three quarters of waiting staff, 37% of housekeeping staff and 25% of chefs employed in the UK are currently EU workers. Pret A Manger also reported a similar problem, stating that only 1 in 50 of its job applications are from the UK. Figures released by the Office For National Statistics (ONS) also reveal that one in seven workers in the wholesale and retail trade, hotels and restaurants sectors is a migrant worker, with over half a million coming from the EU.

NHS : The reliance of the NHS on EU workers has been widely publicised in recent months. PwC predicted that GP recruitment will be the most seriously affected and a shortage of 10,000 doctors is expected by 2020. Indeed’s data ranked the health and social care sector as one of the least reliant on EU workers but a recent infographic published on Business Insider provides a breakdown of EU workers per NHS region and reiterates the anticipated shortage of doctors. Social care faces a unique crisis of its own after new figures found that 900 people every day are leaving their jobs in the sector[2].

Tech : Demand for tech professionals has risen by almost a quarter in the last two years according to the Association of Professional Staffing Companies (APSCo) latest Professional Recruitment Trends report. Indeed notes that only 20% of EU workers are working in what it classifies as ‘high skills’ jobs but REC reports that tech, engineering and financial roles are all struggling to meet demand. In some cases employers are paying up to 30% above market rates to recruit graduates, the majority from non-UK universities.

Data from the ONS suggests that 11% of manufacturing sector workers are EU nationals. In other sectors, 382,000 EU workers are currently employed in the financial and business services sector, while 40% of gaming companies have recently suggested they will relocate their operations after Brexit due to their reliance on EU workers. The UK games market is the sixth largest in the world.

Brexit aside, HR faces additional talent management issues such as low productivity, disengaged employees and an underskilled workforce. The solution to the skills shortage as a whole requires a transparent, rounded approach focusing on retention and engagement as a reported one in four new hires leave their job within the first six months. Additional suggestions have included:-

Pay the National Living Wage (NLW) : There remains a reluctance among some employers to pay the National Living Wage but it may ultimately prove essential to increase pay to prevent a further decline in the retail sector for example. Global brewing company Brewdog reported a 40% reduction in employee turnover on its retail sites during a one year project where it increased its pay rates.  For London based retailers, the Living Wage Foundation notes an average 25% reduction in staff turnover for companies paying the NLW, accompanied by an 80% improvement in staff performance. Our Retail Sector Focus includes more details on that and the issues facing the sector.

Apprenticeships : Some suggestions have been raised over the feasibility of apprenticeships bridging the Brexit skills gap but the controversy over their quality and the Apprenticeship Levy persists. A new report from the Association of Employment and Learning Providers (AELP) has already cast doubt on the structure of apprenticeships and the lack of flexibility since the Levy came into force on 6th April.

Offer job security :  Job security is regarded as the number one concern for many of today’s applicants. Examine your use of zero hours contracts in order to evaluate the effect on your employer brand. Recruitment software offers insight into your most successful job posts and an indication of how effective your company message is in a competitive jobs market.

Analyse your hiring process : Understanding the exact composition of your talent pool will identify its strengths and weaknesses while post Brexit access to EU workers remains unclear. HR analytics enables hiring teams to evaluate the source of your strongest hires. Our previous article How To Improve Your Candidate Response also provides more insight into competing effectively in a candidate driven market.

Invest in HR technology : Advorto’s world class recruitment software helps you to evaluate your talent acquisition success by providing insight into key hiring metrics and helping your business to hire better people faster. Let us take care of the mundane elements of recruitment so your hiring team can focus on building your post Brexit talent pool.