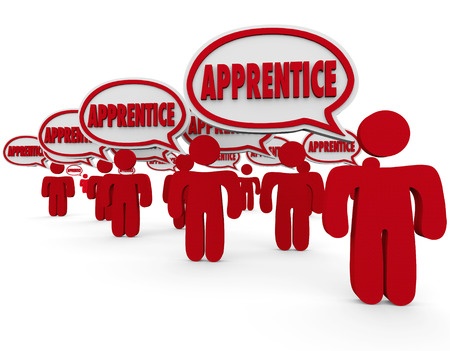 Can Apprenticeships Bridge The Skills Gap?

Can apprenticeships bridge the skills gap that Brexit is expected to create? That’s the suggestion made by the 5% Club last week which was set up to encourage action to address the skills shortages and reduce unemployment among young people.

Has that situation changed? The Association of Accounting Technicians (AAT) believes so. Its recent survey found that over half of school students will now consider them for the work experience and learning skills they offer, but others aren’t so sure. Three quarters of SMEs remain to be convinced over the value apprenticeships will bring to their businesses, although the Department of Education predicts that SMEs will recruit 200,000 apprenticeships next year.

The concern over the value of apprenticeships is not unfounded. A 2016 report from the Social Mobility & Child Poverty Commission found that 97% of apprentices between the ages of 18-21 are on schemes ranked at A level equivalent or lower and the majority were in low skilled, low paid jobs.

For many, it is a problem of perception. The Telegraph recently reported that banking firm Goldman Sachs struggles to meet its apprenticeship target due to the pressure on students from parents who want them to pursue a University education.

A further issue is the ability of young people to adapt to the workplace, whether they are hired through apprenticeships or through graduate recruitment schemes. The Association of Graduate Recruiters (AGR) newly published report on student development also found that half of new graduate recruits don’t possess the soft skills employers need to perform their jobs effectively, echoing similar findings from  Charity Central YMCA which suggests young people are often underprepared when starting work.

While the value of apprenticeships is still the subject of ongoing debate among employers, the following steps offer some solutions:-

Degree apprenticeships : To meet their hiring targets, Goldman Sachs’ introduced degree apprenticeships, enabling staff to work for three days and attend University for two each week. To address the skills shortages in the engineering sector, Dyson adopted a similar approach with its Institute of Technology, which will offer 25 students the opportunity to carry out paid work with their engineering team while studying for a degree.

Offer flexibility :  Unconscious bias is also affecting the ability of employers to attract young women into jobs such as engineering and tech. Instead they often opt for lower paid roles in sectors such as the care industry according to the Young Women’s Trust (YWT).  Lack of flexible working options and hiring bias are exacerbating the problem. The Trust recommends more careful wording of job posts, noting that adverts containing words such as ‘interpersonal’ and ‘understand’ have more impact than those containing ‘leader’ and ‘competitive’ in attracting young female candidates. By exchanging the word ‘hacker’ for ‘developer’ in their job adverts, social media platform Buffer increased their number of female applicants. The YWT also called for an increase in apprenticeship pay from the current £3.40 per hour to increase their appeal.

Remove your graduate filter : As we have recommended in previous articles, removing the graduate filter in your applicant tracking software will ensure the right person is hired for your vacancy and broaden your potential talent pool. The AAT found that 900,000 companies don’t look for candidates with degrees for entry level roles.

Take the initiative : Employers who have no alternative to graduate recruitment are taking the initiative. HR Magazine recently reported the launch of a Rural Charter led by Henley Business School for employers in the rural surveying sector. Under the terms of the agreement, all businesses must issue job offers to graduates on the same day, giving them a week to make their decision. It is hoped that this will reduce the pressure on graduates to accept and also lead to a reduction in the issues seen last year when 1,000 jobs were turned down at the last minute.

Support with recruitment software : Effective recruitment in any sector relies on effective HR technology to understand your hiring patterns, identify obstacles in the recruitment process and focus on the source of your most successful hires.

5 Ways To Improve Diversity And Hire The Best Graduate Talent