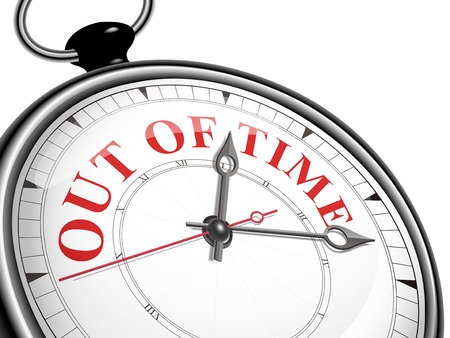 The impact of Brexit and the ageing population on the UK’s employment market is the focus of Mercer’s newly published Workforce Monitor[1] which it describes as a ‘wake-up call’ for UK employers amid predictions of an ‘unprecedented labour shortage’.

If Brexit leads to a fall in the availability of migrant workers, Mercer predicts that the 'inability' of UK employers to hire in specific sectors could be significant. Even without Brexit, sectors such as engineering will struggle to meet demand.

Industries relying on seasonal workers, such as agriculture have already raised concerns over their ability to recruit sufficient staff numbers and the reluctance of UK born workers to apply for jobs in the industry. This comes at a time when online job searches from Eastern Europe for health and social care jobs fell by a reported 17% after last year’s referendum vote. The extent of the reliance on EU migrant workers was reflected in the latest figures from the Office of National Statistics (ONS). From July to September 2016, the number of non-UK born people working in Britain rose by 430,000 – over 10 times more than the rise in the number of UK employees.

But Brexit isn’t the only wake-up call for HR. The following workforce trends have also emerged in the past week:-

Rising salaries : The Recruitment and Employment Confederation’s (REC) latest Report On Jobs found that starting salaries for permanent positions grew at their fastest pace for 9 months in January with demand for staff at a 17 month high. The industry body also expressed concern over the struggle to fill vacancies that employers will face if immigration controls are tightened.

Unhappy employees : New data from global jobsite Indeed[2] revealed that the UK started this year with the 4th largest global job search spike – an increase of two thirds compared to the same time last year. Tech vacancies accounted for three out of the five most searched for positions. HR must take action now to implement effective long-term employee engagement strategies. Creating a formal wellbeing strategy is central to achieving that goal.

Bad hiring decisions are costly : Research from CV Library shows the financial cost of making poor hiring decisions. UK businesses are losing up to £15,000 as a result of unsuccessful recruitment. UK employers are failing to vet candidates properly and don’t take recruitment trends such as the use of anonymised CVs into account when formalising hiring strategies. Without HR technology, accurately assessing the cost of hire or identifying roadblocks in your recruitment process is a challenge.

Wake up to the emerging UK workforce crisis

The ‘emerging UK workforce crisis’ can no longer be ignored by HR. The following additional strategies are also recommended:-

Forget short-termism : A new report from McKinsey Global Institute[3] found that companies with a long term approach added nearly 12,000 more jobs on average compared to those that didn't between 2001-2015. Employers keen to source and retain skilled professionals in the next few years should adopt a pro-active strategy based on ‘long-termism’ now, rather than continue with a reactive stance that is failing to engage and retain your workforce.

Champion your older workers : A million more older people in the workforce by 2022 has been called for by the government’s Business Champion For Older Workers. It has challenged all employers to increase the number of their employees between the ages of 50-69 by 12% in the next five years. It also noted that by 2022 there will be 14.5 million more jobs but only 7 million young people entering the labour market. Introducing options such as flexible working, an inclusive recruitment process and directing older workers to career development rather than retirement will support this policy.

Streamline your process with HR technology : The reluctance of UK CEOs to respond to the effect of automation and AI cannot continue. Recruitment software streamlines your hiring process, and automates crucial elements, including engaging with talent and vital background checks to ensure a positive onboarding experience.

Wake up your recruitment process with world class software to help you to hire better people faster.

Is Your Hiring Strategy Ready For The Gig Economy?

Here’s Why Your Job Offer Was Rejected