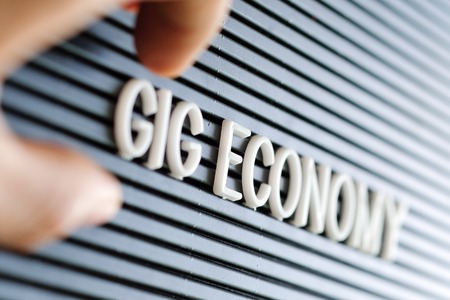 Gig Economy Or Zero Hours Contracts? How HR Can Get It Right

The traditional 9 to 5 job is disappearing. A new report from McKinsey Global Institute[1] highlights the continued growth of the gig economy and the changing nature of work. Independent work: Choice, necessity, and the gig economy, found that 162 million people in the US and Europe now take on freelance or independent work – representing roughly 30% of the working population.

In the UK an estimated 5 million people operate under the umbrella of the gig economy but there are important distinctions within this. McKinsey categorises workers as follows:-

Fulfilling the role it is ideally intended for, the gig economy delivers in-demand skills to companies to cover fixed term and contract projects. Often they cannot source these skills elsewhere.

However, the positive side to the gig economy 'brand' is at risk of being diluted by the following issues:-

Misuse of the term ‘gig economy’ : The gig economy is not intended to be a platform for companies to ‘abuse labour’.

The ‘Uber’ problem : The Financial Times notes that a panel will meet this week to decide the outcome of the employment tribunal between Uber and the GMB union. The GMB claims that the firm’s independent drivers are workers entitled to employee rights, including the National Minimum Wage, holiday and sick pay. Companies including Deliveroo and Hermes have been faced with similar accusations. A review on workers' rights has recently been ordered by the government.

Zero hours : According to the Office for National Statistics (ONS), 900,000 people in the UK (2.9% of the total workforce) are employed on zero hours contracts, representing a 20% rise within the past year alone. This practice is noted by the CIPD as an increasing source of stress for workers. The TUC also found that the average worker earns 50% more per hour than people on zero hours contracts. Zero hours contracts feature predominantly in the retail, leisure and hotel sectors but their prevalence is also growing in healthcare.

Getting the balance right

It’s not all bad news.

McKinsey found that 70% of people participating in the gig economy do so by choice and are highly satisfied with their work/life balance. This supports a recent survey from business insurance specialists Markel which found that 90% of self-employed people in the UK are happier than they would be as a permanent employee. Social interaction with colleagues is the aspect of office life that they miss the most but work/life balance and the freedom to work on their own terms were two compensating factors. This compares to the falling level of job satisfaction regularly reported by UK employees.

For more insight and for best hiring practices:-

A review of your HR analytics will indicate the following:-

An alternative to zero hours and low wages

Paying the National Living Wage (NLW) leads to improved employee engagement and higher levels of retention. Engaged, well paid, motivated staff are happier at work. In July 2016, the Living Wage Foundation launched its ‘Good Jobs In Retail : A Toolkit’ . Global brewing company Brewdog reported a 40% reduction in employee turnover during a one year project. For London based retailers, the Living Wage Foundation noted an average 25% reduction in staff turnover for companies paying the NLW, accompanied by an 80% improvement in staff performance.

The nature of the flexible workforce is still new and evolving, sometimes precariously. The companies that will thrive will tap into its extensive potential to deliver a win-win for HR, business performance and the open talent they employ.

The gig economy presents new challenges for recruiting and onboarding the talent your business needs. Manage these complexities effectively with professional recruitment software which provides flexibility across the hiring functions. Contact Advorto today.

For a more in-depth look into the gig economy and the effective performance management of a skilled, flexible workforce, download our whitepaper The Rise of The Gig Economy.