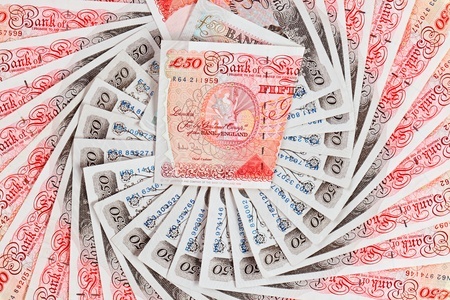 A year ago, we published an article posing the question ‘are UK leaders out of touch?’ following Fat Cat Tuesday, which highlighted the chasm between the pay of the UK’s top bosses compared to the average worker.  At the time, the CIPD called for a ‘dramatic rethink’. Fast forward one year and we seem to have a clear case of déjà vu.

The High Pay Centre calculated that the average FTSE 100 CEO passed the UK average salary of £28,200 by midday on 4th January. On average, CEOs are paid 129 times more than the people who work for them.

This time, the CIPD described this news as evidence of a ‘shocking disconnect', citing its recent study which found that 60% of employees claim that CEO pay affects their motivation. A separate survey in September found that 40% of workers believe their bosses are overpaid.

This disconnect threatens to disrupt the ability of companies to attract and retain talent and achieve performance objectives in a post Brexit economy – at a time when company bosses believe that the UK's exit from Europe poses the biggest threat to business performance this year. But it goes beyond pay levels.

A lack of trust : The Chartered Management Institute (CMI) found that a third of middle managers don’t trust their leaders. This is nothing new. Back in April 2016 we highlighted the need for HR to rebuild employee trust, but fundamental differences remain on key issues. For example, Hays recruitment specialists found that, while nearly a quarter of employees consider work/life balance important, only 13% of employers feel the same way.

Low productivity : The latest figures from the Office of National Statistics (ONS) for July to September 2016 show a small increase in productivity but overall it remains lower than pre-recession levels. In the autumn statement the Chancellor announced a National Productivity Investment Fund but the UK’s productivity gap compared to the other G7 member states is 21% - and stands at 30% compared to the US and Germany. ‘Fat Cat Wednesday’ headlines will not help to improve that gap.

Successful organisations rely on leaders to innovate, create the company brand and vision and hold people accountable. The CIPD gives one definition of leadership as ‘the capacity to influence people, by means of personal attributes and/or behaviours, to achieve a common goal’. Some of those attributes and behaviours can be found in leadership expert Lolly Daskal's lists seven essential core elements for success:-

Too many UK employers are failing to meet these standards but it is not too late to start with the following strategies:-.

Engage in conversations : Conversations are vital – if employees don’t feel heard engagement levels will fall. Less than half of UK employees have had a career conversation with HR representatives in the last 12 months. That needs to be rectified.

Create an open culture : The CMI survey also found that managers want their leaders to offer transparency and ‘reveal their thinking’ on important issues. Part of this includes the need to encourage employees to approach them with their concerns and admitting to (and learning from) their mistakes.

Follow Aldi’s example  : Paying the National Living Wage (NLW) leads to improved employee engagement and higher levels of retention. Aldi, which regularly ranks highly in the Times’ Top 100 Graduate Employers list, yesterday announced its intention to increase its minimum wage to £8.53 per hour (£9.75 per hour in London). This exceeds the Living Wage Foundation’s recommended voluntary hourly rate of £8.25 and will apply to over 3,000 employees. This news coincides with a report that 700 companies have been fined a total of £1.4m for failing to pay the minimum wage to their staff. Can you afford not to follow Aldi's example?

Look at what’s really happening : Your hiring metrics will be an early indicator of what’s really happening in your business. If your data reveals a high attrition rate among your employees (especially new hires), a poor ratio of job offer to acceptance, or significant numbers of candidates abandoning your hiring process you have an underlying problem. Carry out exit interviews, analyse your metrics and begin those vital conversations with the talent in your organisation.

People leave bad bosses more often than they leave bad jobs. Culture, values, career opportunities, recognising achievements and trust are the biggest drivers of long-term employee satisfaction but these issues are not new.  Now is the time for HR to take action to bridge the disconnect and provide the motivational leadership their employees are looking for. Without it, we’ll be writing a similar article in January 2018.

Understand what’s really happening in your hiring process with recruitment software used by some of the world’s leading organisations to hire better people faster. Talk to Advorto today.