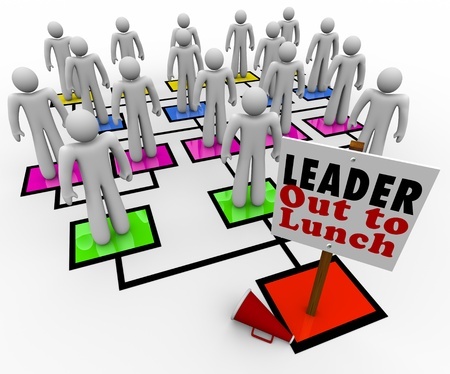 Half of the UK workforce want to change their jobs this year according to a new report from Investors In People. That’s nothing new for January but it is symptomatic of an underlying problem. The primary cause of this predicted  exodus is bad management .

Poor leadership costs the UK economy £39 billion per year, resulting in a miserable workforce and the largest productivity gap since records began. The issue of leadership also topped the list of critical talent problems for 86% of UK businesses in Deloitte’s Human Capital Trends Survey of 2015.

Are UK leaders out of touch?

This week heralded the arrival of ‘Fat Cat Tuesday’ - the date when top UK bosses have already earned more money than the average UK worker will earn all year according to the High Pay Centre Think Tank. The report claims that FTSE 100 CEOs earn £4.96 million per year – compared to their quoted average UK salary of c£27,000.

These are exaggerated, attention grabbing headlines admittedly. In some cases,  CEOs are underrated in relation to the value their leadership has brought to an organisation. They are, however, headlines that will resonate in the minds of disgruntled employees and cannot be dismissed.

Concerns over the demotivation caused by the pay gap are brought into realistic focus by the CIPD.  Recommending a ‘dramatic rethink’, The Report From Below : what employees really think about their CEO’s pay packet suggests that the pay of Chief Executives is out of control and no longer relevant to their performance. Their findings suggest that CEOs earn 183 times that of the lowest paid workers.

Unsurprisingly, 71% of employees believe that pay levels for their bosses are too high, with 59% claiming this issue has a direct, negative impact on their motivation. For the record, only 4% believe the high levels are justified. Nor will this change in 2016, with inflationary pressures and low productivity predicted to peg overall pay rises back to 1% from 2.5% in 2015.

Can employers reconnect with their employees?

Resolving the problems arising from pay gaps is just a single issue business leaders must wrestle with to improve employee engagement and productivity. The opportunity exists for HR to step into the breach and overcome the myriad challenges which lie ahead in 2016, but how?-

Introduce mindfulness : This isn’t a new age fad. It’s an on-trend, effective strategy to stem the flow of absenteeism caused by stress, anxiety and depression in the workplace. Google introduced the concept of mindfulness in 2007. Mindfulness is regarded as the hallmark of positive leadership plus it helps to reduce stress and defuse emotion.

Offer feedback : After poor leadership, feeling undervalued was the main reason people want to change jobs this year. More than one fifth of new hires are still waiting for an appraisal or feedback on their progress after a year in the job. Directionless employees become unhappy employees. A positive onboarding process must form part of your overall talent acquisition (and retention) strategy. One in three new hires leave their job within the first year. Recognising the contribution of your team begins with a simple thank you or appreciation of a job well done.

Tackle the main issues : Better career prospects, flexible working and on-the-job training were identified as key issues for employee retention by IIP. Action must also be taken towards closing the pay gap and improving company culture. Culture alone can be either your company's competitive edge or Achilles’ heel.

Embrace the best hiring practices : A streamlined hiring process supported by superlative HR technology and a focus on the candidate experience will help to promote a positive company culture and attract talent to your brand.

Do something : The problem will perpetuate if employers do not pay attention to what’s really happening. Employers who fail to acknowledge the deeper issues brought to the surface by  ‘Fat Cat Tuesday’ and the causes  of the job exodus within their own organisation will continue to limp through 2016, dragging the unhappy remnants of their workforce along with them. Don't let that happen to your business.

For more detailed insight into the problems of leadership, please download our whitepaper:-

Leadership In The Spotlight