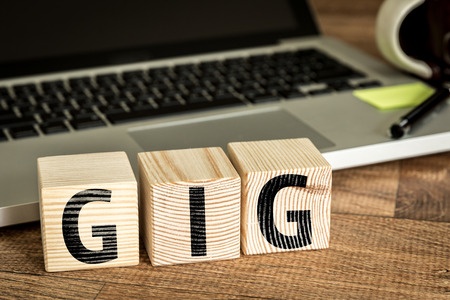 The Gig Economy : Creating A 'Fit And Proper' Hiring Strategy

The complex issues surrounding the gig economy have been brought into sharp focus again by recent events.

Transport for London (TfL) abruptly terminated Uber’s licence to operate in the capital with effect from 30th September[1] stating that the company was ‘not fit and proper’ to hold a private hire operator licence. Uber will appeal and can continue to operate while the case is ongoing. The decision comes as Uber goes to court tomorrow to appeal against the ruling made in October last year in favour of two of its drivers. An employment tribunal ruled that they should be classed as ‘workers’, which entitled them to the national living wage, sick pay and holiday pay.

This appeal has now taken on greater significance. As things stand, if Uber’s appeal against TfL’s ruling fails, an estimated 30,000 drivers risk losing their jobs without any entitlement to redundancy payments. Uber’s chief executive has since apologised but the potential damage to the brand and the broader questions surrounding the gig economy remain unresolved.

In the meantime, a separate employment tribunal[2] ruled that a group of Addison Lee’s self-employed drivers should be classified as ‘workers’  and are also entitled to the national minimum wage and holiday pay.

To further blur the lines in this debate, newly released figures from the Office for National Statistics revealed a slight downward trend in the number of people employed on zero hours contracts, regarded as a cautiously positive sign. However, global jobsite Indeed also published data which suggests that the number of jobseekers searching for zero hours or ‘no contract’ jobs increased by nearly a fifth between January and August[3].

Zero hours contracts can be suitable for some employees but when adopted as a blanket approach to recruitment are often damaging to employee wellbeing, retention and your employer brand. For more insight into the issues relating to zero hours contracts please see our previous article Gig Economy Or Zero Hours Contracts : How HR Can Get It Right

HR must navigate a clear path through these potentially grey employment areas related to the gig economy. Adopting these four strategies enables your business to create effective recruitment principles for all of your employees:-

Review employee definitions : The questions surrounding employment status remain unanswered. The Taylor Review recommended a new category of ‘dependent contractor’ with additional protection for workers falling within this definition. To date, no decision has been made on this proposal. As an alternative, Deloitte recommends expanding the definition of your employees to include ‘freelancers, gig economy workers and crowds’. This also enables HR to identify the temporary workers in your organisation and bring everyone into an inclusive talent management strategy. While worker status remains unclear, this approach enables HR to prepare for potential changes. Start by reviewing your recruitment data to identify your existing employee categories and definitions.

Carry out background checks : One allegation made against Uber related to its failure to carry out effective background checks on its workers. Up to 13,000 were insufficiently screened according to TfL. This is symptomatic of a wider apathy regarding background checks which are often seen as a ‘nod to compliance’ rather than an integral part of a successful hiring process. It is also a practice which must be reviewed ahead of the General Data Protection Regulation which comes into force in May 2018. Nearly a quarter of all candidates aren’t asked for character or employment references. The introduction of pre-hire assessments, the use of anonymised CVs and automating mandatory checks through your recruitment software enables HR to focus on measured and effective screening for all staff, including your temporary or interim employees.

Reduce your time to hire for interim staff : Senior HR professionals waste almost three and a half days when recruiting an interim employee[4] with one in five stating they make a bad hire at least once a month. Support your hiring strategy with HR technology to reduce your time to hire and enable your business to make informed, data driven recruitment decisions for all of your employees.

Move to predictive hiring : Elsewhere, budget airline Ryanair also attracted negative headlines following its announcement to cancel around 50 flights per day until the end of October due to poor workforce planning around pilots’ holidays. Ryanair uses the term ‘independent service providers’ to employ pilots on what are also described as ‘zero hours contracts’.  It now faces a list of demands for new employment contracts and common working conditions throughout its network. As we have highlighted previously, poor planning relating to freelance (and agency) workers can lead to ‘unnecessary hiring’ or in Ryanair's case, failing to predict a potentially damaging skills gap in your business. Investing in HR technology is your first step towards predictive hiring and better workforce planning.

As Uber's appeal against Friday's decision by TfL is set to prolong the uncertainty around the gig economy, implementing an inclusive talent management policy can help your business to separate itself and promote a positive employer brand.

Create a ‘fit and proper’ hiring strategy for your business with world class recruitment software from Advorto. Contact us today to begin your 30 day trial.

The Gig Economy : The Good, The Bad & HR

Is It Time For HR To Change Its Attitude Towards Its Temporary Workforce?

For more insight into effective recruitment and management of your flexible workforce, download our whitepaper The Rise Of The Gig Economy.