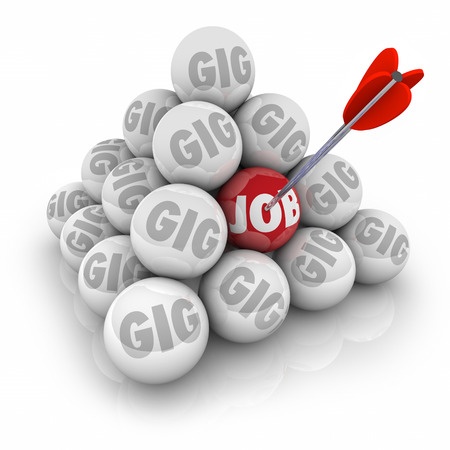 The Taylor Review : What Now For The Gig Economy & HR?

The much anticipated Taylor Review into modern working practices was published yesterday. What does it mean for the gig economy and how should HR respond?

The report, Good Work : The Taylor Review of Modern Working Practices made a number of recommendations. Some of the most relevant to HR include:-

‘Dependent contractor’ status : Reference to ‘worker’ status should be dropped and replaced with that of ‘dependent contractor’ to differentiate between genuine gig economy workers and those hired on what has been described as a ‘bogus self-employment’ basis. It also recommends additional protection for workers falling within the category of dependent contractor. At present it remains unclear just what form this definition will take.

National Minimum Wage (NMW) : Platform based services offered by companies such as Deliveroo and Uber must be able to demonstrate that their workers are paid at least 20% more than the NMW for ‘piece rate’ work. Prior to publication of the report the Resolution Foundation submitted a suggestion for the implementation of a NMW for self-employed workers. It claims that half of the UK’s 4.8 million self-employed workers earn less than the £310 per week identified as the minimum threshold for low pay. The issue extends beyond the gig economy, however. Shortfalls in payments to workers on the NMW reached £10.9m last year, affecting almost 100,000 workers.

More security for agency staff : Temporary staff working through an agency for the same employer for a minimum of 12 months would have the right to request a direct contract of employment.

Other recommendations made in the report include:-

A more detailed breakdown is available via Personnel Today.

So far, reaction to the report has been mixed. Initial responses can be found on the CIPD website and press release and Personnel Today.

How did we reach this point?

It has fallen short in all three of those areas.

The Taylor Review concludes that flexibility at work is important and contributes to the current low levels of unemployment. For many gig economy professionals this is true.

Nearly 5 million workers fall under the gig economy umbrella but only one third earn their primary income from it, typically professionals with specialist skills and extensive experience in their field. For these professionals and employers the gig economy offers mutual advantages. McKinsey found that 70% of people participating in the gig economy do so through choice and are highly satisfied with their work/life balance.

By 2020, the gig economy is predicted to be worth £2 billion to the UK economy. Employers tapping into it as a talent source should consider the following:-

Understand your requirements : Create a clear differentiation in your hiring process between casual workers hired to fulfil the requirements of low skilled jobs typically earning the NMW and the ‘open talent’ economy of highly skilled professionals in areas such as tech and engineering. These professionals command significant daily rates of pay for their skills.

Offer job security : The number one concern for the majority of job seekers is job security. Adhering to an ongoing policy of low paid insecure work will ultimately have a negative impact on your employer brand and ability to attract the quality of candidates your business needs.

Reconsider your policy towards zero hours contracts : McDonald’s recently offered 115,000 employees the option of moving from zero hours to a fixed contract. Ahead of the publication of the report, PwC published a survey[1] which found that only one third (35%) of UK adults would consider accepting a zero hours contract. Improved employment rights would, however, encourage more people to explore gig economy work. The Living Wage Foundation notes that abolishing zero hours contracts has resulted in significant reductions in staff turnover. Review the data in your recruitment software to evaluate your use of zero hours contracts compared to your retention of new hires.

Focus on workforce planning : The review also recommends that employers should be more forward thinking in their planning rather than habitually rely on recruitment agencies or zero hours contracts to source staff on a reactive basis. Implementing an effective workforce planning strategy supported by data driven recruitment practices and sophisticated HR technology leads to an improved quality of hire and higher levels of employee retention and engagement.

Introduce effective workforce planning into your hiring process with world class recruitment software from Advorto. Contact us today to find out how.

Is Your Hiring Process Ready For the Gig Economy?

More detailed insight into effective talent management practices is provided in our whitepaper The Rise Of The Gig Economy.