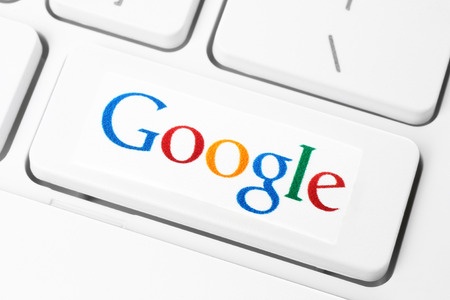 A challenging candidate experience, initial screening, two telephone interviews and finally a face-to-face meeting, all taking place over four long weeks. It’s everything HR is urged to avoid in order to attract talent, but this is no ordinary brand's hiring process. This is Google.

A new report comparing the difficulty, experiences, and length of interview processes from 13 global tech brands revealed that Google put its candidates through the most challenging time yet candidates still rated the overall experience the most positive at 56%.

Contrast this with the current state of play of HR in the UK.

The latest figures from the Office of National Statistics, while revealing low unemployment at 5.1% and the number of vacancies at 756,000, also show downward pressure on wages and lethargic productivity. Meanwhile, it's been revealed that 84% of UK CEOs intend to increase hiring in 2016, according to a PwC survey taken at the World Economic Forum this week.

How they intend to achieve that in the midst of the current skills gap remains to be seen.

There’s only one real solution for HR. Hire like Google – but is it brave enough? Before you tear up your talent acquisition strategy, here's how it works:-

Put your leadership to the test : When was the last time you carried out an employee survey? Google asks its staff to evaluate their bosses twice a year. Contrast this with the recent resentment surround ‘Fat Cat Tuesday’ in the UK. UK employers as a whole are out of touch with their workforce. Are you brave enough to put your leadership to the test?

Pay attention to your brand : Google's high ranking for candidate experience despite its tough process is undoubtedly influenced by a positive employer brand. Contrast this with Twitter which received negative feedback from 42% of candidates, although its interview process wasn't considered 'difficult'. The recent controversy surround its appointment of a white male head of diversity may not have helped.  What message do your hiring decisions convey about your brand?

Review your perks : Free food, laundry services, nap rooms, game rooms, gym memberships and other groundbreaking perks are widely reported at Google. While these may not be cost effective options for SMEs, Google’s ‘donate your holiday’ policy and ‘bring your parents to work day’ are easy to implement and help to create a working environment where people feel connected (and more motivated).

Introduce mindfulness : Mental health is the primary cause of sick leave in the UK and costs UK employers around £26 billion per year. Stress, anxiety and depression among employees has increased by 24% since 2009, with work reported to be the biggest cause of stress in peoples’ lives. Google introduced mindfulness in 2007. Can your business afford not to?

Use data driven decisions to hire : Google bases all of its people decisions on data and HR analytics. Data is used to change preconceived opinions and positively influence decisions. It is reportedly the only data driven HR function in the world and the success of that function is undisputed. Every year, it’s estimated that each Google employee generates nearly $1m in revenue and $200k in profit. End your reliance on manual recruitment systems. Hire like Google.

Are you brave enough to hire like Google? Take the first step towards data driven decision making. Invest in recruiting software to help you hire better people faster. Talk to Advorto today.

Is Blue Monday The New Order For HR?