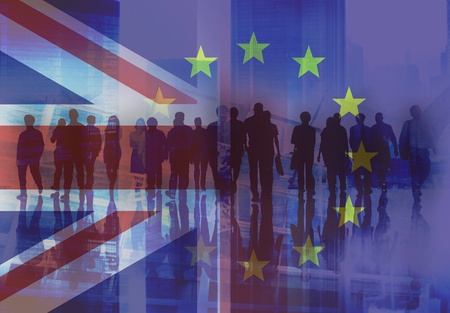 It is now four months since the Brexit referendum and the predicted deterioration in the UK’s jobs market is yet to materialise. The Office for National Statistics revealed that, at 0.5%, the UK economy exceeded growth predictions from July to September, buoyed by a strong performance across the services sector.

Shortly after the referendum result was announced, we examined reactions, predictions and the role of HR in the post-Brexit period. What’s changed in that time?

The anticipated hiring freeze has largely failed to appear. Candidate availability continues to fall and the Recruitment & Employment Confederation’s (REC) latest JobsOutlook survey found that nearly a quarter of UK employers intend to hire more staff in the next quarter. Only 3% plan a reduction. The need for temporary staff is also expected to rise between now and the Christmas period. Job site CV Library also recorded a 9.8% increase in vacancies from August to September.

The ‘will they, won’t they’ indecision over whether or not the major banks will leave the UK remains unresolved. According to the British Bankers' Association, the larger banks are preparing to relocate in early 2017. Smaller banks may follow suit during next year, it warns. Brexit has also reportedly reduced the UK to the 'most out of favour region' in the world for investment, according to HSBC. Jobs in the banking and finance sector will be at risk if these forecasts prove to be accurate. Away from the financial sector, Japanese car company Nissan has confirmed its commitment to increase production in the UK, protecting jobs at its Sunderland plant.

Brexit appears to be fulfilling earlier predictions related to the graduate recruitment market. University admissions service, UCAS this week reported a 9% drop in applications to British universities from EU students compared to 2015. UK employers typically rely on European graduates to fill the tech skills gap in their business, frequently paying up to 30% above the market rate to attract the top talent. Without that additional source of qualified candidates employers must engage with non-traditional talent pools.

In the immediate aftermath of Brexit, concern was high relating to the rights of migrant workers. While the long-term situation is still unclear, latest reports suggest that the government plans to restrict the number of low skilled migrant workers entering the UK, while allowing people with in-demand skills to be exempt from these laws. That’s positive news for employers struggling to recruit people with vital tech skills but a concern for industry sectors which rely heavily on low skilled workers from the EU.

For example, ONS figures estimate that 230,000 migrants are employed in the retail and wholesale sector in the UK and the pressure on HR is high. CV Library’s figures reported a 11.6% increase in retail vacancies between August and September. The NHS is similarly affected. A new report from the Royal College of Nursing, Unheeded warnings: health care in crisis highlights the dependence of the NHS on foreign workers.

Proposed post-Brexit regional visas to address talent shortages in specific areas - eg, London or Scotland only - have been ruled out due to the complications they would cause employers.

The importance of HR technology

While the UK waits for Article 50 to be triggered, the outlook for the UK jobs market remains uncertain yet possibly not as negative as anticipated. During this ongoing waiting period HR must continue to develop robust hiring and retention strategies to ensure a constant supply of talent to address skill shortages in key areas.

With the possible exception of global brands and some larger organisations, no business is immune to a lack of qualified candidates across the jobs market. 90% of all jobs require an element of digital skills and with a shortfall of 745,000 workers predicted in 2017, a digital skills crisis is affecting every sector in the UK. That figure may rise depending on post-Brexit agreements.

Success depends on HR's ability to develop a positive employer brand and predict future hiring needs yet only a fifth of UK employers are happy with their ability to achieve this. Getting started with technology means knowing your crucial recruiting metrics. Without this vital data your talent acquisition efforts are based on guess work and will eventually fail to produce the quality of hire and candidate retention levels your business needs.

As the post-Brexit labour market tightens, the employers who achieve their business and recruitment goals will be those who support proven talent acquisition strategies with technology.

Support your hiring strategy in an unpredictable jobs market with world class software that helps you to hire better people faster. Start your 30 day trial with Advorto today.

For a more detailed look at developments since Brexit, please download our whitepaper covering the key points affecting recruitment since the referendum result : Brexit : Reactions and Hiring Trends.