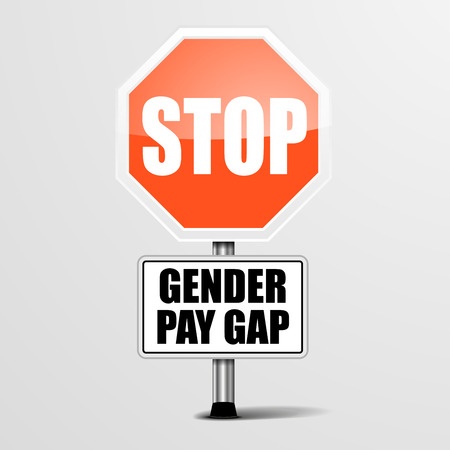 Does HR Only Have Itself To Blame For The Skills Shortage?

The growing furore over the gender pay gap in the UK has identified a fundamental issue affecting the skills shortage. HR is at risk of making it difficult or, at times, impossible to attract the talent it needs to meet business objectives.

The Women and Equalities Select Committee has revealed that, at 19.2%, the gender pay gap in the UK has hardly moved in the past four years, with the overall cost to the economy estimated to be £36 billion. One of the worst offenders is reportedly the banking and finance sector where the pay gap is 39.5%. This pay gap is only the tip of an iceberg which is causing falling productivity, disengaged employees and employers struggling to recruit people with essential skills in key areas.

Pay discrepancies occur at every level according to the Equalities and Human Rights Commission (EHRC). For example, female graduates earn £8,000 per year less than male graduates with the same degree. It also reported that three quarters of FTSE 100 companies have no women in senior positions.

One of the problems lies in the imbalance in the highest paying sectors, such as technology and finance, which tend to deter rather than attract women. Ironically, these are two of the areas experiencing the biggest skills shortages. Women are discouraged from pursuing careers in STEM (science, technology, engineering and maths) sectors due to the culture of long hours, inflexible working, male dominated Boards and discrimination.

Global tech company Dice’s recent ‘Hot Tech Talent’ recruitment campaign fuelled this argument. Its adverts, featuring both women and men, were labelled as ‘every day sexism’ by observers and will not help to overcome the perception of discrimination in the tech industry. IBM is another ‘offender’ with last year's 'Hack A Hairdryer‘ campaign, which attracted criticism for its patronising attitude.

Women also face discrimination over maternity leave. The EHRC found that three quarters of mothers surveyed had a ‘negative or possibly discriminatory experience’ at work, with those on lower salaries more likely to feel forced to leave their job. Nearly a third had requests for flexible working refused; the finance sector was notably one of the biggest culprits.

In the midst of these headlines, Glassdoor published a survey ‘Demystifying the gender pay gap’ examining the pay gap across five countries. Taking into account a number of adjustments, it estimates the gap at 5.5%, citing occupation and industry as causes of the disparity. Women are more likely to be employed in lower skilled, part-time positions.

How can UK employers get it right?

HR can take several steps to broaden its talent pool, reduce the impact of the skills shortage and improve equality across the board, such as:-

Introduce flexible working : The introduction of flexible working would go some way to boosting productivity and improving hiring success, but few companies are embracing it as the following statistics show:-

Recognise the impact of culture : Businesses must work to promote a culture of equality and inclusivity. Global brands like Dice and IBM may be able (for now) to ride the controversy generated by their recruitment campaigns but most employers can’t. Protect your culture by investing in recruiting software with an integrated hiring manager portal that ensures final approval and responsibility for all job posts lies in the hands of HR.

Ensure equality throughout the workplace : Positive signs are on the horizon this week with major UK banks committing to a voluntary charter to attract more women into senior roles. All employers can offer career development to employees of all ages (including those over the age of 50) regardless of gender to promote a positive company culture which not only attracts but retains its talent. On the subject of parental leave, not every business can afford to follow the generous example of Netflix but the principles of equality should apply in every area of the workplace.

Use technology to remove ‘bias’ from the hiring process : The most successful talent acquisition strategies recruit candidates based on their suitability to meet the job requirements successfully, irrespective of age, gender or social background. Growing numbers of global brands are recognising this and removing specific screening filters to reduce potential bias in hiring. For example, Deloitte uses a Contextual Recruitment System (CRS) which provides candidates with the means to overcome any economic or social background barriers to their career advancement. One London based scientist recently created AI to work as a recruiter to reduce bias towards the 'old boys network' but this can be achieved by using HR technology to streamline your hiring process.

The Rise Of The Robots : Why HR Needs To Embrace Technology To Survive