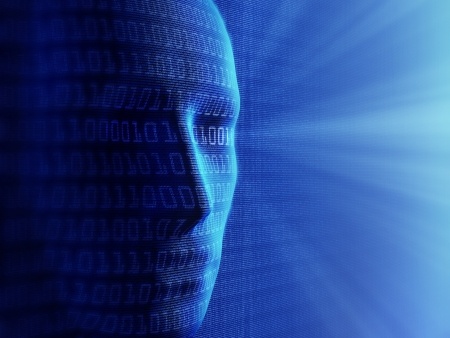 Why It's Time For HR To Prepare For AI

Less than a quarter of senior HR professionals believe the UK is preparing its working environment for AI according to a new survey from Alexander Mann, despite most (69%) believing we will see ‘humanoids’ in the workplace by 2030. Faced with stagnating wages, falling productivity and predictions of a depleted post Brexit talent pool it is a situation that cannot be sustained.

The case for automation and AI

Artificial intelligence is the ‘biggest commercial opportunity’ in today’s economy according to PwC, which estimates that it could add 10% - or £232 billion - to UK GDP by 2030 – and the UK is ideally positioned to take advantage of it. In 2016, the International Telecommunication Union Index[1] ranked the UK as the fifth most technologically advanced country in the world but this status is not reflected in hiring processes.

HR’s wariness of automation and its reluctance to prepare for AI in the workplace may partly be driven by repeated warnings of the decimation of jobs but research suggests otherwise.

Stanford University’s One Hundred Year Study on Artificial Intelligence predicts that AI will be regarded as a ‘radically different mechanism for wealth creation’ replacing ‘tasks rather than jobs’ and resulting in the creation of new jobs which are at much lower risk of automation. This is supported by research from both Deloitte and the Chartered Institute of Ergonomics and Human Factors (CIEHF) which found that the predicted 'AI jobs apocaplyse' has yet to materialise.

The advantages of AI at work

One third of working life (or 80 working days per year) is spent on completing ‘administrative or repetitive tasks’ at a cost to the UK service industry alone of over £400 bn. On a further cautionary note, the CBI last week warned that the services sector is facing its biggest skills shortage in nearly two decades.

Furthermore, nearly half of employees claim they are bored at work, coincidentally the same proportion of workers who want to leave their jobs within the next year. PwC notes that automation of repetitive tasks will 'increase the UK’s productivity and boost real wages.’ As that productivity continues to fall and salaries have reached their lowest advertised level for three years, HR cannot continue to evade preparation for AI in the workplace. Recruitment is an ideal starting point.

There are multiple benefits of introducing AI in the form of HR technology into your hiring process. The following are relevant to the immediate issues facing HR:-

Reduced risk of bad hires : 85% of decision makers have made a bad hire but one third do not believe there is a cost associated with this decision and one in five have no idea of the level of that cost. The data in recruitment analytics evaluates and assesses candidates’ skills against the needs of your business. All decisions on final selection should be supported by evidence based HR to avoid a constant cycle of bad hiring decisions.

Better retention levels : Retention of existing talent continues to be one of the biggest challenges facing employers. The algorithms in AI enable HR to predict the most likely candidates to succeed based on the data gathered on your most successful hires and predict potential ‘flight risks’. Analysis shows that in addition to the typical reasons for employee departures (eg, poor leadership, salary, work/life balance) a job search is often prompted by significant dates, such as work anniversaries or a milestone birthday. Recruitment data alerts HR to those key dates to enable pre-emptive action.

Measuring HR’s performance :  HR is most likely to measure its performance in terms of the following criteria:-

Without automation and AI that information is difficult to either collate or verify.

Concerns over robotics understandably exist. The EU has discussed recommendations for a ‘kill switch’ and legislation for quotas of human workers is also under consideration. More recently, South Korea[2] became the first country to limit tax incentives for investments in automated machines to address concerns over AI's impact on jobs. These concerns reiterate the need for the 'human touch'.

AI can also ‘learn’ the biases of the culture it is operating in - and perpetuate them - without intervention and careful monitoring. To be effective, algorithms in artificial intelligence 'require human intuition, experimentation, and iteration'.  Smarter technology frees up HR’s time to focus on the human aspects of recruitment, such as promoting company culture and perhaps most importantly, engaging directly with the people in their talent pipeline.

Adoption of AI also requires the adoption of a talent management strategy to recruit professionals with the necessary skills for your business which cannot be replaced by AI. Alexander Mann’s survey reports the top three skills highlighted by respondents as follows:-

For HR, the most straightforward way to prepare for AI in the workforce is to start with recruitment software. AI in HR technology enables HR to manage its entire talent recruitment system from beginning to end.

Advorto’s recruitment software provides workflow and structure across the entire hiring process, offering a dynamic database of candidates and analytics. Used by some of the world’s leading organisations, it provides a straightforward first step into AI, HR analytics and big data.

Cybersecurity & The Role Of HR