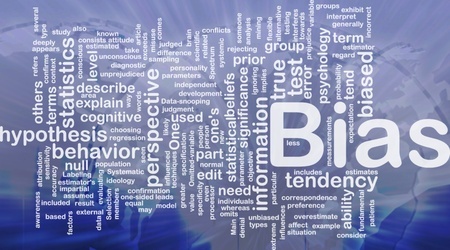 How 'Bias Proof' Is Your Hiring Process?

The emergence of a memo from a Google software engineer blaming the lack of women in top tech jobs on ‘biological differences’ underlined the fact that not-so unconscious bias is still alive and in some cases thriving in the workplace. While the tech giant was quick to denounce his views, it underlines the problem of stereotypes and bias that are also evident in hiring processes.

Concern over recruitment and workplace bias affects most, if not all, industries including healthcare, the public sector and across the board in graduate recruitment where white, male graduates from wealthy backgrounds are more likely to be hired in professional roles.

Supporting your talent acquisition strategy with HR technology reduces that bias but it isn’t as simple as investing in recruitment software and assuming your problems are solved.

‘Garbage in, garbage out’?

Ensuring the quality of your data is essential to gain an accurate reflection of what is happening within your recruitment process. AI will ‘learn’ the biases of the culture it is operating in - and perpetuate them - without intervention and careful monitoring.  A screening process applying the same criteria you used three years ago won’t improve the quality of your hires for instance. Use your recruitment software to provide a base point for where your hiring process is at now and evaluate progress on a regular basis.

Two of the most common indicators of potential bias in your recruitment process are as follows:-

Failed hires : Repeatedly recruiting from the same talent pool will result in the same cultural biases. America’s Silicon Valley companies epitomise this habit. Analysis reveals their tendency to recruit so-called ‘brogrammers’ who typically attended elite schools and secured their jobs through their 'friends' or connections in the tech fraternity. Poor retention among your new hires is also an early sign of multiple problems in your hiring process.

Hiring decisions based on the interview : All too frequently the data available to HR is being dismissed in favour of ‘gut feeling’. One in five hiring managers make a decision on a candidate within a minute of meeting them, 40% decide after just 15 minutes and only a third wait until the interview is closed. This perhaps explains recent research which found that one in five employees leave during or at the end of their probation period. Once that instinctive decision is made, confirmation bias (a pre-existing belief which we hold on to and look for evidence to support) comes into play.

While a 100% ‘bias proof’ strategy is difficult to achieve, steps can be taken to reduce unconscious bias in your talent acquisition strategy. Here are some suggestions:-

Review your job posts : The impact of the wording of your job posts shouldn’t be underestimated. Choose gender neutral language where possible For example, by replacing the word ‘hacker’ with ‘developer’ in their job adverts, social media platform Buffer noted an increase in the number of female applicants. Adjectives including ‘competitive’ and ‘determined’ can suggest a job more suited to a man, while ‘collaborative’ and ‘co-operative’ may attract more women to your vacancies. Closer analysis of your wording and and breakdown of job applicants in your recruitment data will reveal which of your vacancies may need reviewing.

Anonymised CVs : The Financial Times cites an example of telecoms giant Vodafone testing the effect of removing gender from its initial screening process after discovering that highly qualified women were applying for tech roles but not being invited for interview. HR analytics will indicate a problem within your own talent acquisition strategy. Remove screening filters relating to gender, race, sex and education to ensure the most qualified candidates are being invited to interview.

Pre-hire screening : ‘Best in class’ companies make ‘extensive use of pre-hire assessments’ to improve their candidate selection and reduce the level of unconscious bias. They are also 36% more likely to incorporate assessments in their pre-hire stage than their less successful counterparts. In the early stages of screening, the use of asynchronous video interviews can offset discrimination. The FT also notes that BDO UK replaced face to face interviews in their graduate recruitment process with video interviews to tap into a broader talent pool. Pre-hire assessments can be easily integrated within your existing applicant tracking software.

Interview training : Hiring teams should prepare for interviews as extensively as they expect their candidates to and familiarise themselves fully with the job description and its performance objectives beforehand. Only a third of hiring managers are engaged in the hiring process but nearly three quarters of hiring decisions are based on the interview.

Assess your HR team : HR departments in tech firms have been named as the least effective in a recent survey, followed by hiring teams in professional services firms and retail companies. Aligning recruitment strategies with business goals and moving towards evidence based HR improves the efficiency of HR and streamlines recruitment processes.

Support your decisions with data : Decisions should not be made in isolation or based on one interview but supported by the data gathered in your recruitment software. When used effectively recruitment algorithms have been proven to be more successful in candidate selection than either recruiters or hiring managers.

While strategies are helpful, unconscious bias is not that easy to overcome and as Google has demonstrated this week, impacts attitudes towards colleagues in the workplace. In the case of HR, it affects the way in which employees are viewed, managed and can influence decisions relating to internal promotions. An article on HRZone suggests four principal types of bias:-

Women and introverts are identified as the two main groups of employees most consistently (but not exclusively) affected by bias.

‘Blind spot’ bias – where we do not believe we have unconscious bias – is also a problem. PwC describes it as ‘unconscious biases that can narrow your vision and potentially influence your behaviours’.  For HR, data driven recruitment enables you to evaluate whether your own potential ‘blind spots’ are influencing your hiring decisions. Becoming 'conscious' of that bias, whether in the workplace or in talent acquisition is just the beginning.

7 Steps To Improve Your Quality Of Hire